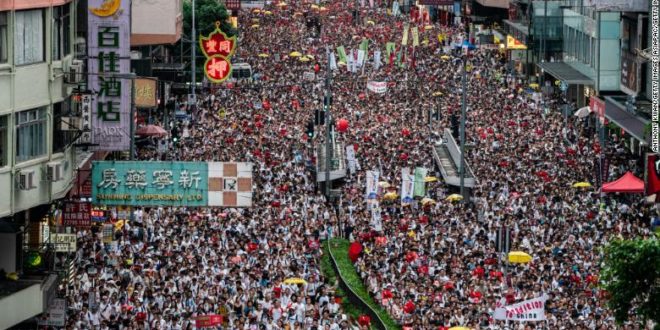 The central Chinese government wants extradiction from Hong Kong.
Traditionally Hong Kong, ex English colony, has its hown autonomy and extradiction is not allowed. The city has its own laws and its residents enjoy civil liberties unavailable to their mainland counterparts.

The changes will allow for extradition requests from authorities in mainland China, Taiwan and Macau for suspects accused of criminal wrongdoing such as murder and rape.

The requests will then be decided on a case-by-case basis.

Opposition against the law is widespread across Hong Kong, with groups from all sections of society – ranging from lawyers to schools to house wives – having voiced their criticism or started petitions against the changes.