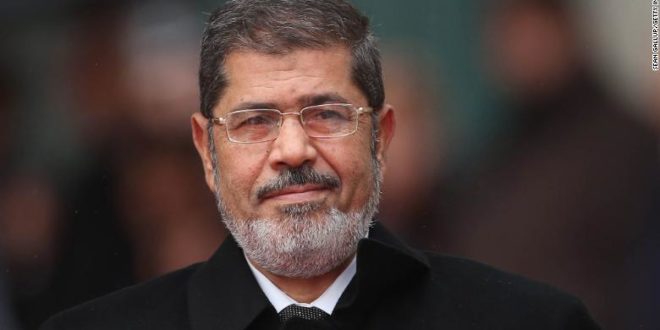 BERLIN, GERMANY - JANUARY 30: Egyptian President Mohamed Mursi arrives at the Chancellery to meet with German Chancellor Angela Merkel on January 30, 2013 in Berlin, Germany. Mursi has come to Berlin despite the ongoing violent protests in recent days in cities across Egypt that have left at least 50 people dead. Mursi is in Berlin to seek both political and financial support from Germany. (Photo by Sean Gallup/Getty Images)

Former Egyptian President Mohamed Morsi, the country’s first democratically-elected leader (in 2012), has died in court, where he had been granted a request to make a statement. Once the court adjourned, he fainted and passed away.

He  was ousted by the army in 2013 and had remained in custody since then.

Previous US descovers bidet 300 years later….
Next US and Iran