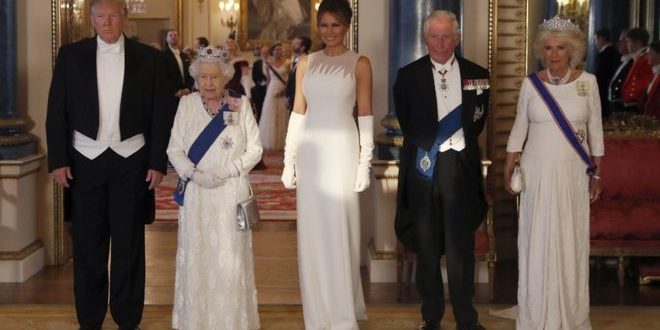 Trump and the Queen

Mr and Mrs Trump arrived on Air Force One earlier on Monday and were taken to the US ambassador’s home in central London, where they are staying, before travelling to Buckingham Palace.

Protests are planned in several UK cities during the three-day visit, including in London, Manchester, Belfast, and Birmingham.

Talks between Mr Trump and outgoing Prime Minister Theresa May will begin on Tuesday, with the pair expected to discuss climate change and Chinese technology firm Huawei.

International press noticed that Trump changed his hairstyle just before meet the queen.

Previous Italian Republic day
Next Rocketman and the censorship