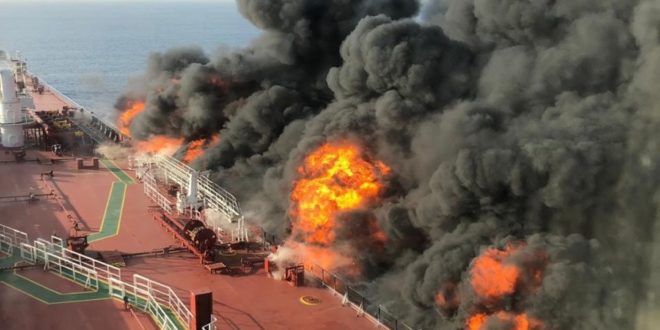 Tensions are rising with Iran after two tankers — one carrying oil and the other transporting chemicals — were attacked near the Strait of Hormuz, a vital shipping route.

Secretary of State Mike Pompeo, said that US is not preparing a war against Iran but but he did say the US is “considering a full range of options,” including military options, to deter and defend against Iranian aggression.

The US and other nations blame the Iranians for the attacks. Meanwhile, Iran said it will make a “significant” announcement today about scaling back its commitments to the nuclear deal it made with the West.

Iran has announced it will breach on 27 June the limit on its stockpile of enriched uranium that was set under a 2015 nuclear deal with world powers asking European countries to act by protecting Iran from reinstated US sanctions.

The UK, France and Germany have warned Iran not to violate the deal.