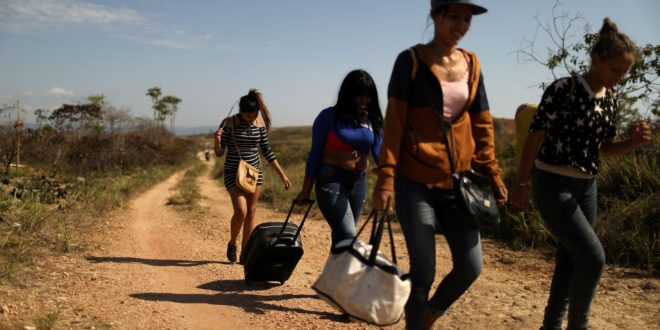 The number of Venezuelan migrants and refugees stood at about 695,000 at the end of 2015. Three and a half years later – with Venezuela immersed in a seemingly intractable social and political crisis – that number has “skyrocketed” to more than 4 million.

Others are also heading to the Caribbean, Central America and Mexico.

A growing number are also heading to the United States, with nearly 30,000 Venezuelans applying for asylum there last year, according to the Los Angeles Times.

That meant Venezuela had overtaken China to become the number one country of origin for those claiming asylum on arrival or shortly after.